Since our inception, Equality for Flatbush has fought against police harassment , violence and murders. Our very 1st campaign in 2013, was to organize against the racially profiling and economic harassment of Flatbush and East Flatbush dollar van and cab drivers , by the NYPD . We has fought alongside the families of people murdered by police, including Ramarely Graham, Eric Garner, Saheed Vassell, Davonte Pressley, Kimani Gray, Kyam Livingston, Shantel Davis, Akai Gurley, and Delrawn Small.

Since 2014, Equality for Flatbush, has been a leading member of The East Flatbush Cop Watch Team, which leads patrols and responds to police violence in Crown Heights , East Flatbush and Flatbush. Over the years, E4F has led successful campaigns to stop police harassment of street vendors, worked within city-wide coalitions to provide hotel rooms for homeless New Yorkers, and to have the charges dropped and/ or win the release of survivors of police brutality . In 2020 due the increase in police brutality due to the COVID-19 pandemic and global uprising in the wake of George Floyd’s murder, E4F has organized jail support, led protests and organize cop watch patrols to stop DeBlasio administration’s attack on homeless New Yorkers.

Since 2016, E4F has organized medical workers, social service workers, crisis intervention specialists, and legal workers for our Alternatives to 911 campaign, who rapidly respond to community crises. We understand that the NYPD harassment and violence toward our communities will only stop when police, ICE, prisons, and other carceral systems are abolished.

To join us in making our abolitionist vision a reality contact E4F at policework@equalityforflatbush.org or call /text (646 )820-6039. 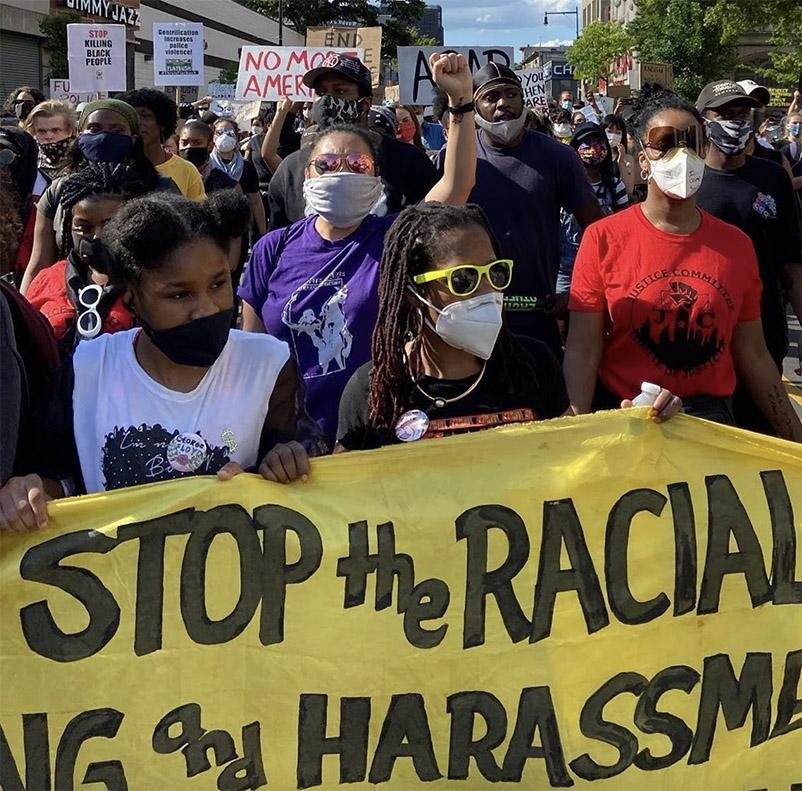 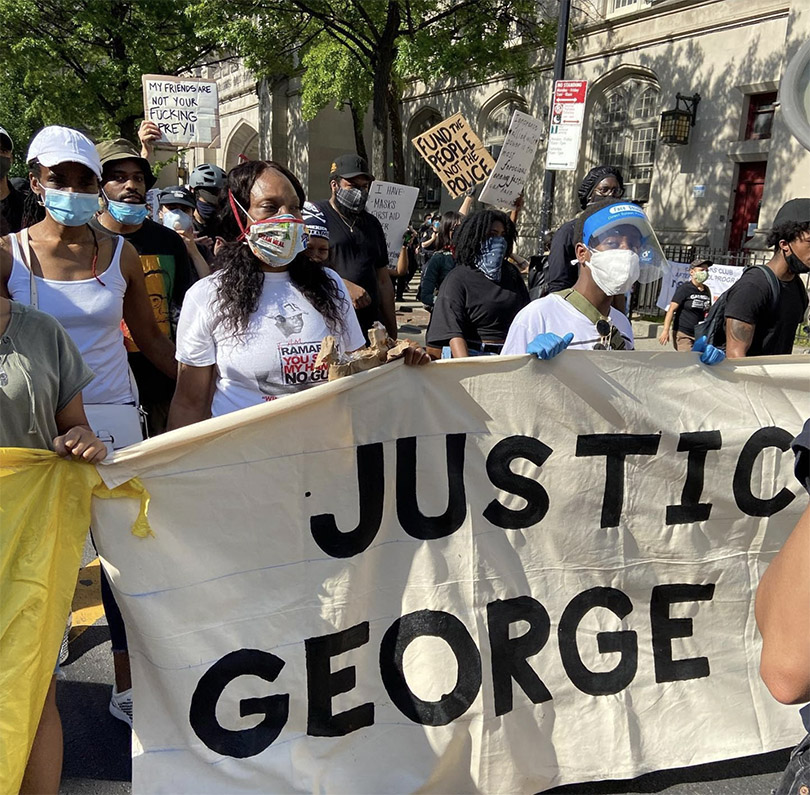 If you are a Brooklyn residential or commercial tenant, or homeowner experiencing harassment or need housing, legal or organizing resources, contact us below.

How to Document NYPD/ICE Harrassment 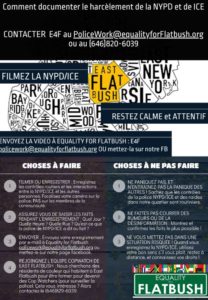 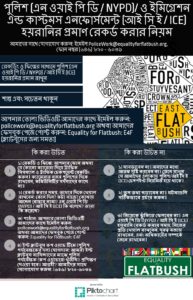 Suggestions & Tactics as an Alternative to Calling 911

Street vendors are the lifeline of Flatbush and East Flatbush by providing unique and vital services that community residents heavily rely on. The vast majority of street vendors are Flatbush and East Flatbush residents who shop and send their children to school within the community. But gentrification has made their lives unbearable with street harassment and heavy ticketing at upwards of $2K by the NYPD. Between 2016 – 2017, E4F began fighting the current NYC policy that prohibits street vendors to be on Flatbush Ave between Parkside Avenue and Avenue H from 7am-7pm Monday through Saturday. The police enforcement of this ordinance successfully pushed street vendors off the corners of Church and Flatbush particularly in 2017.

E4F’s street vendor leadership, majority monolingual Spanish speakers, carried out a relentless campaign to stop the police harassment. We partnered with the Street Vendor Project, we met with the Flatbush Business Improvement District, The Small Business Administration, and the NYPD. We conducted a community selfie and petition campaign, attended the monthly 70th PCT community and created a film to denounce the economic harassment and racial profiling of street vendors in our neighborhood. By the summer of 2018, through these actions, E4F’s vendor leadership SUCCESSFULLY brought back their fellow vendors to the Church / Flatbush intersection and stopped the rampant NYPD harassment.

While the struggle to stop the economic harassment and racial profiling of East / Flatbush street vendors continues, E4F’s street vendor leadership demonstrated that when you fight, you win!

WATCH:
#Brooklyn #NoSeVende : New Spanish-language documentary short by #EqualityforFlatbush on the fight against economic harassment and racial profiling of the street vendors in #Flatbush and #EastFlatbush 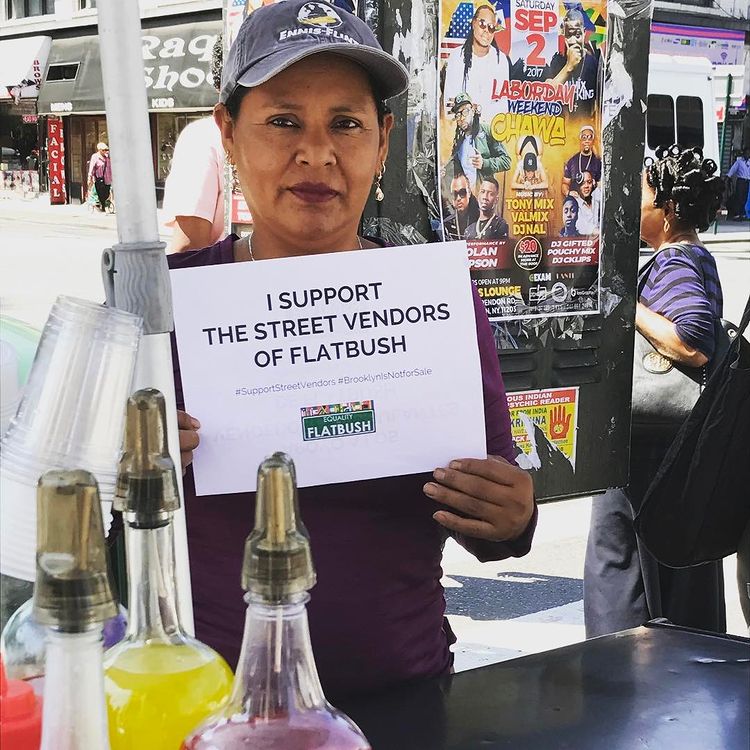