Everyone is talking about  — The rapid gentrification of Brooklyn.  Rents are going up, people are being displaced and small long-time mom and pop businesses are closing. Racial profiling and ticketing harassment due to Broken Windows policing grows worse every day.

Tenants, especially those who live in non-rent stabilized housing, homeowners and small business owners are at an unfair disadvantage because they do not have access to the same legal representation that landlords and developers do.  And seems like the NYPD is above the law and can do whatever they want in our neighborhoods without impunity.

Help Us Change This !

YOUR CONTINUED SUPPORT IS CRUCIAL FOR GROWING OUR WORK IN 2020

WE TRULY NEED EVERYONE’s HELP to make this possible!

Imani Henry, Founder and Lead Organizer for Equality for Flatbush

Bruno Daniel, B4G Organizer & Flatbush/ East Flatbush Street Vendor Organizing member, immigrated to Brooklyn from Mexico City as a child and has since lived in Brooklyn for 28 years. He is a community organizer currently involved in the Bushwick anti-gentrification movement.

Chris Black, Police Accountability Working Group and New Flatbush Resident Community Project Member, is a 2nd grade teacher in Manhattan. Originally from Texas, he moved to NYC in 2007 and has lived in Brooklyn since 2013.

Daliah Hellier, Fundraising Committee, is a policy researcher and consultant on public health issues related to social policy, including incarceration, drug use, and homelessness. She has been a resident of Brooklyn since 1994, and relocated to Flatbush in 2014 when she was priced out of Fort Greene, where she had lived for 16 years.

Deborah Secular, Administrative and Office Team and Fundraising Committee, is an educator living in Brooklyn. Originally from Washington, DC, she moved to NYC in 2013 and to Brooklyn in 2017, when she joined E4F.

Dorla Alleyne, #OurHomesAreNotforSale Campaign Coordinator and Language Justice Team,  is a Bed-stuy homeowner who has lived in Brooklyn for 47 years.  Dorla is also a registered nurse who currently volunteers with The Emergency Medical Reserve Corps. In the past, Dorla has volunteered with Neighborhood Housing Services in the Winsor Terrace and Kensington neighborhoods. Dorla is fluent in Spanish and has been working on E4F’s tenant organizing campaigns since January 2018.

Francesca Walker,  E4F Website Administrator was born and raised in Flatbush. She holds a Master’s in Education and works as a social justice educator in university and community settings. Francesca is currently working towards her Masters in Mental Health Counseling at New York University.

Gretchen Begley, Language Justice Working Group Coordinator & Member of the Flatbush/ East Flatbush Street Vendor organizing campaign , is a Spanish-English interpreter and translator, as well as social worker, who is currently focusing her activism on language justice. She has lived between Brooklyn and Queens since 2005.

Haley Schwartz, Administrative & Office Team and Social Media Team, is a clinical social worker who works in the area of Teen Dating Violence. She began volunteering with Equality for Flatbush in 2015, in response to the rapid displacement and targeting of long-time Flatbush residents. As a third generation Brooklynite, Haley believes in the importance of keeping the borough accessible for working folks, and especially Caribbean and Black folks.

Judy Jones, E4F Tenant Leader, is a Registered Nurse and resident of Flatbush section of Brooklyn for 37 years. She is the Tenant Leader for three buildings located on Westbury Court, off Flatbush Ave in Brooklyn, NY.

Katie Hydell, B4G Organizer & Administrative & Office Team, grew up in Island Park, Long Island. Her family is from Brooklyn and Queens. She joined E4F in 2014 after moving back to Brooklyn after living in Colorado for 6 years and realized that it was no longer affordable for working class people. Katie is a public middle school teacher in the Lower East Side is who watching many of her students’ families struggling with displacement and unstable housing as gentrification is now making it’s way south of Delancey.

Pooja Patel, general Core Member, is a Consumer and Tenant lawyer. She has lived in Flatbush and has volunteered with E4F since 2016. Outside of her job and E4F, Pooja serves on the Executive Committee of the New York City chapter of the National Lawyers Guild.

Soraya Palmer, E4F Organizer & New Flatbush Resident Community Project Coordinator, was born and raised in Flatbush. She loves her Caribbean people as well as the youth of Brooklyn that she works with everyday.

Tom Knight, E4F Video Strike Force, moved to New York City in 2010 to study film at the School of Visual Arts. He has been documenting tenant harassment since February 2017.

Victor Moses, Administrative Coordinator, East Flatbush Cop Watch Team/ PAW & B4G Organizer is a lifelong resident and East Flatbush native of 28 years. A 2012 graduate of the HBCU, Morehouse College and is currently a graduate student of Public Administration at the City University of New York.

Here are all the ways people can GIVE to Equality for Flatbush:

Make out checks to “Equality for Flatbush” and mail to:

Make out checks to “Black Alliance for Just Immigration” (include Equality for Flatbush in memo line) and mail to:

Percent Increase in Brooklyn Rents Since the Year 2000

The Average Rent for a One-Bedroom Apartment in Brooklyn

The Equality for Flatbush Project (E4F) is a people of color-led, multi-national grassroots organization which does anti-police repression, affordable housing, and anti-gentrification organizing in the Flatbush and Eash Flatbush communities or Brooklyn, NY. Currently, E4F has 17 active campaigns.

BEFORE IT’S GONE // TAKE IT BACK: Documenting Brooklyn – Fighting Gentrification is a Brooklyn-wide neighborhood and web-based response to the crisis of gentrification of Brooklyn, NY.  www.beforeitsgone.co *

Ways You Can Help

1. DONATE TO EQUALITY FOR FLATBUSH

Make a secure donation online through PayPal. You do not need a PayPal account to proceed.

OR add your email to The Equality for Flatbush Organizers and Members Organizing List : equality-for-flatbush-organizing-list@googlegroups.com

BEFORE IT’S GONE / TAKE IT BACK:
Documenting Brooklyn – Fighting Gentrification
is a neighborhood and web-based response to the crisis of gentrification of Brooklyn, NY. Visit us online and share your stories: 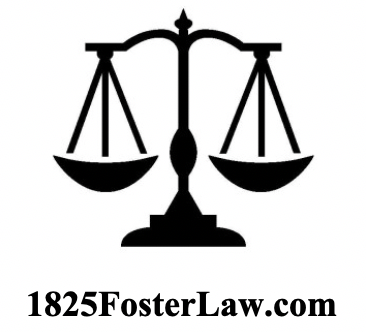